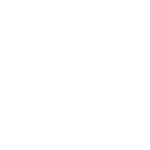 The Office Cleaners started doing business in the Omaha area in 1995.  Anthony spent 20 years in the transportation industry in all areas of management.  He rose to the ranks of Vice President of Sales for a publicly traded trucking Company.

Anthony finally decided it was time to start or purchase his own business.  He decided that purchasing The Office Cleaners was the right move in the next step of his career.  In 2009 Anthony purchased The Office Cleaners.  The Office Cleaners has grown substantially since that time and continues to grow yearly by diversifying its clientele and offering the best customer service in the janitorial industry.  He has built the culture of the organization with the belief and motto that all we have to offer is service.  We do not sell anything other than service and he holds his management team and employees to the same belief and motto that has allowed us to continue to grow on a yearly basis.

Kristi is originally from St. Louis Missouri. She has an Associate’s degree in education and spent 20 years
working at/ volunteering for a large non-profit organization. Her and Her husband and 2 children moved
to Omaha in 2018. Kristi joined the Office Cleaners team as office manager. She enjoys working with the
managers to provide the best possible experience for our customers and employees.

Osvaldo has been with The Office Cleaners since April of 2010. He started as a Floor Technician maintaining all types of floors, including carpet, in the offices of our customers. In 12 months, he was promoted to a Manager and as The Office Cleaners grew, he was promoted to his current position of General Manager. He works very closely with the President/CEO in maintaining great customer service and guiding the company for future growth.

Joseph spent five years serving our country in the Air Force as Security Forces Officer. Joseph served two tours of duty overseas before receiving his honorable discharge. He continued his education at the University of Nebraska-Omaha. He graduated from UNO in 2014 with a degree in Criminal Justice. Joseph is our Job Site Superintendent currently at the Stratcom Replacement Facility. He manages our post construction cleaning sites and works very closely with the personnel of Kiewit Phelps and the Army Corp of Engineers.

Luis has been with The Office Cleaners since May of 2011. He started as a janitor within our business handling several automobile accounts. From there, Luis learned how to strip and wax floors and became a big team player. We promoted Luis approximately 12 months later and he started working very closely with all of the automobile accounts and training our personnel.

All of our staff is very customer oriented and willing to work to solve any problems that may arise.